Don’t Shrink Back During Salary Negotiation 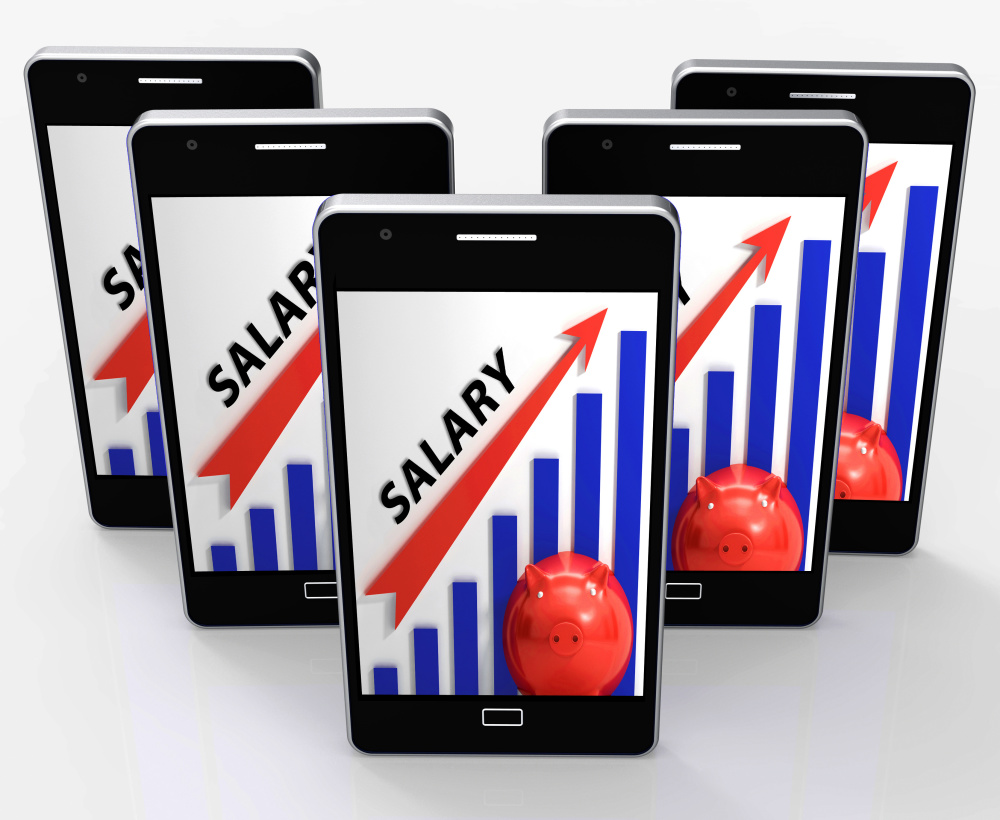 You have gone through multiple interviews and successfully completed the application and background check process for a position that you have been vetting after for weeks. Now you have reached a moment that you have waited for, salary negotiation. There are professionals that are timid about confidently approaching salary negotiation, while there are professionals that are confidently bold when negotiation time arrives. It is important to have no reserve with being well researched and prepared to negotiate a salary to receive a higher annual income or rate than originally offered by an employer.

I recently crossed paths with Diana Griffith. Mrs. Griffith writes about how to live a happy life even when everything isn’t always perfect. Her blog thisimperfecthappiness.com focuses on tips, tricks, and observations about how to lead a happier and more successful life–however; you define it. By day, she has been a procurement professional for four years. What does that mean? She buys things and negotiates the prices for the products she buys. Over the years, Diana has worked her way up by taking a few different positions in different companies to increase her knowledge and income in the procurement field. In fact, she doubled her salary in 1.5 years through what she has learned through her negotiation tactics. I’m grateful and delighted to have her share her insight and strategy of negotiating salaries that have served her well on her career path.

Career Tipper: What are a few tips that professionals need to be mindful of in preparing for salary negotiations?

Griffith: First, do your research. Know what the market looks like in your area for the type of job you are trying to get. You can look on websites like glassdoor.com and salary.com. Make sure to look at variations of your job title to get a good feel. Also, remember that different industries may pay differently for the same job. For example, I’m a procurement professional, what I do pay a lot more in technical and manufacturing industries, but a lot less in hospitality industries.

Second, it’s not all about the money-There are a lot of non monetary things you can ask for in salary negotiations. Sometimes a company can’t part with more money towards salary, but they’re willing to offer other incentives if you ask. Be creative. In my last job, I not only negotiated a higher salary, but an extra week of vacation, a better job title, and money from the company for continuing education. That was all because they couldn’t meet my initial base salary that I was requesting. This approach especially works well for small and medium companies that can make creative decisions to get hired.

Third, don’t accept the very first offer-I once was doing some hiring for a previous job. I needed to bring on someone who could help with administrative tasks. I found a young girl that was perfect for the job, and I was so excited to have her on. My manager had given me a salary range to offer, and I offered her the mid-range salary (I thought the low range was just too low for the position, and I felt bad). I was willing to pay her the highest range because I felt that was the minimum the job should pay. I offered her the job at the mid-range salary, and she took it. I wanted to scream at her over the phone, “ask my for more money! I will give it to you!” but I just couldn’t. She was a great employee and deserved that little extra I gave her. I was unable to convince my boss after we hired her that she deserved a higher salary. Moral of the story do not take the very first offer. The company may not have more money to give you, but you’ll never know if you take the first offer given to you. It’s easier to negotiate before you have the job instead of afterwards.

Career Tipper: What is your perspective of how confidence and mindset play a role in salary negotiation?

Griffith: Confidence is very important in salary negotiations. You have to act like you know what you’re talking about–even when you feel like you don’t know. Desperation reads all over your face. Keep an open posture (shoulders back, sit up straight, and smile). These efforts will help you remain confident during the negotiation. Also, before the interview, try to sneak away to the bathroom and stand in a wonder woman pose–shoulders back, legs spread wide, arms bent and fists at your waist. I know this sounds crazy, but studies have shown that standing or sitting in high power positions (such as this one) will raise testosterone levels and lower cortisol levels. Meaning that you’ll go into an interview or the negotiation feeling more powerful and less stressed. Studies have also shown you’ll be more willing to take risks that can be beneficial in a salary negotiation.

Career Tipper: What are specific things that professionals need to be prepared to say during salary negotiations meeting?

Griffith: First, try NOT to let them know what your salary range is. Let them make the first move. Of course, if they ask, let them know, but never let them know your lowest range. I always like to say about 10% higher than I’m willing to take. That means 10% higher on the high side and the low side. I would not let them know how low you are willing to take the job for, trust me they’ll start there if they can. Studying the market is key.

Once during an interview, I was laughed at for how much I asked for in an interview once (it was an initial phone interview by the way). When I told her my range, she laughed and told me what they were willing to pay which was much lower than I was willing to go. She said, “nobody would pay you that.” I told her I was already making the low-end of my range and looking for new opportunities to grow, so yes, I was, in fact being paid exactly that. Obviously it wasn’t the right fit for her or me, and that’s ok.

When talking about the money you want to make, you need to emphasize the value you are going to bring to the company. Bring up issues they spoke about in the interview and how you will be able to address them. Remind them that paying you what you’re worth is a solid investment in growing your relationship with the company. The company doesn’t care what your mortgage is or how much day care costs, they care about what you can do for them. Make sure to remind them when you are telling them what you think you are worth.

Make a joke, seriously. I’ve used this tactic successfully in a raise negotiation. A study from the University of Idaho found that making a joke about a million-dollar salary increased subsequent offers by 10%. So when they ask what your salary range is, jokingly say “A million dollars would be nice. Haha.” Then follow-up with what you think is a fair rate for the job. This request will open their expectations to giving you more. It sounds silly but it works.